A brand was needed in order to be able to present myself to the world and signify who I am to possible clients, employers, other designers. During this design project I was the only contributor but feedback from others was used in order for the project to be improved on and made better. A range of resources was used during this project such as Figma, Illustrator, After Effect etc.

I started by realising the different elements that I needed for my brand a such as; a monogram, wordmark, logo, digital/physical touchpoints, etc. I then decided that it would be a good idea to create a word bank full of all the different words that I feel describe me and possibly my brand. This word bank would then be used to create a social bio that I can place on my social media and an about paragraph that would summarise me as a person to readers. 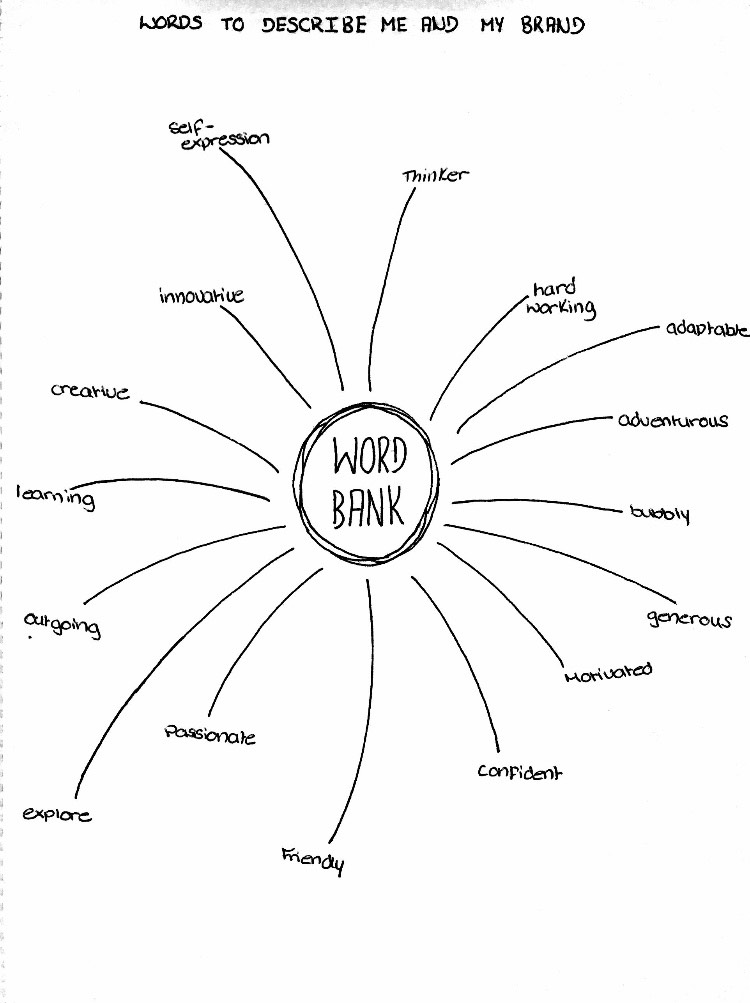 Afterwards I then began designing for my monogram. I started by doing a few sketches 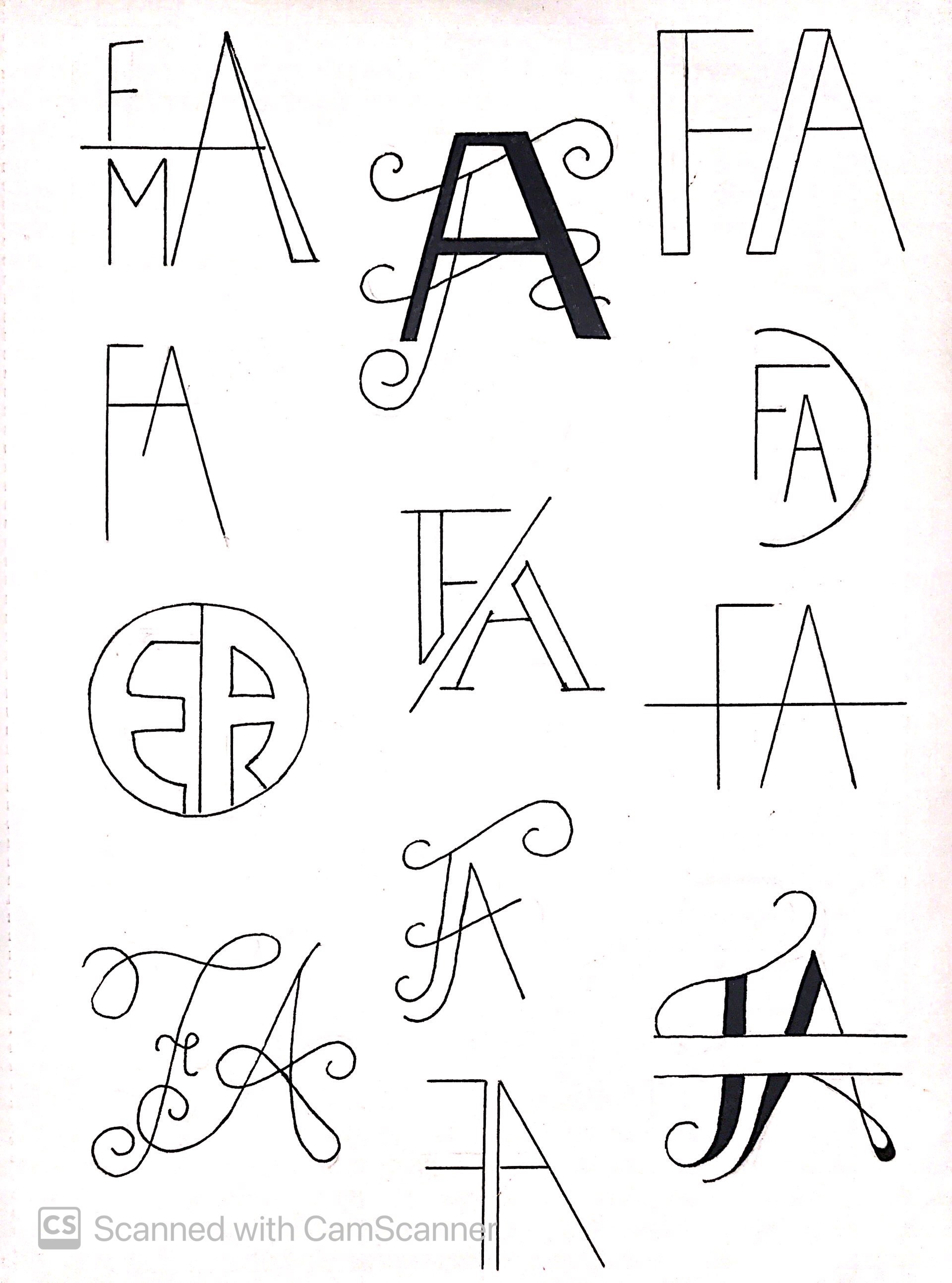 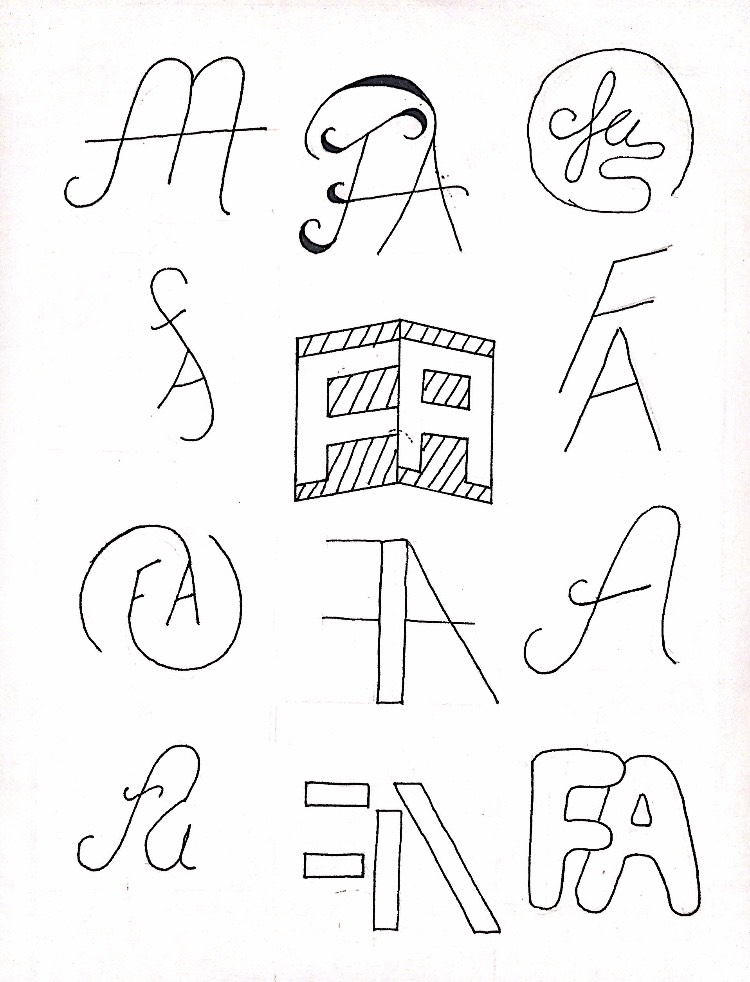 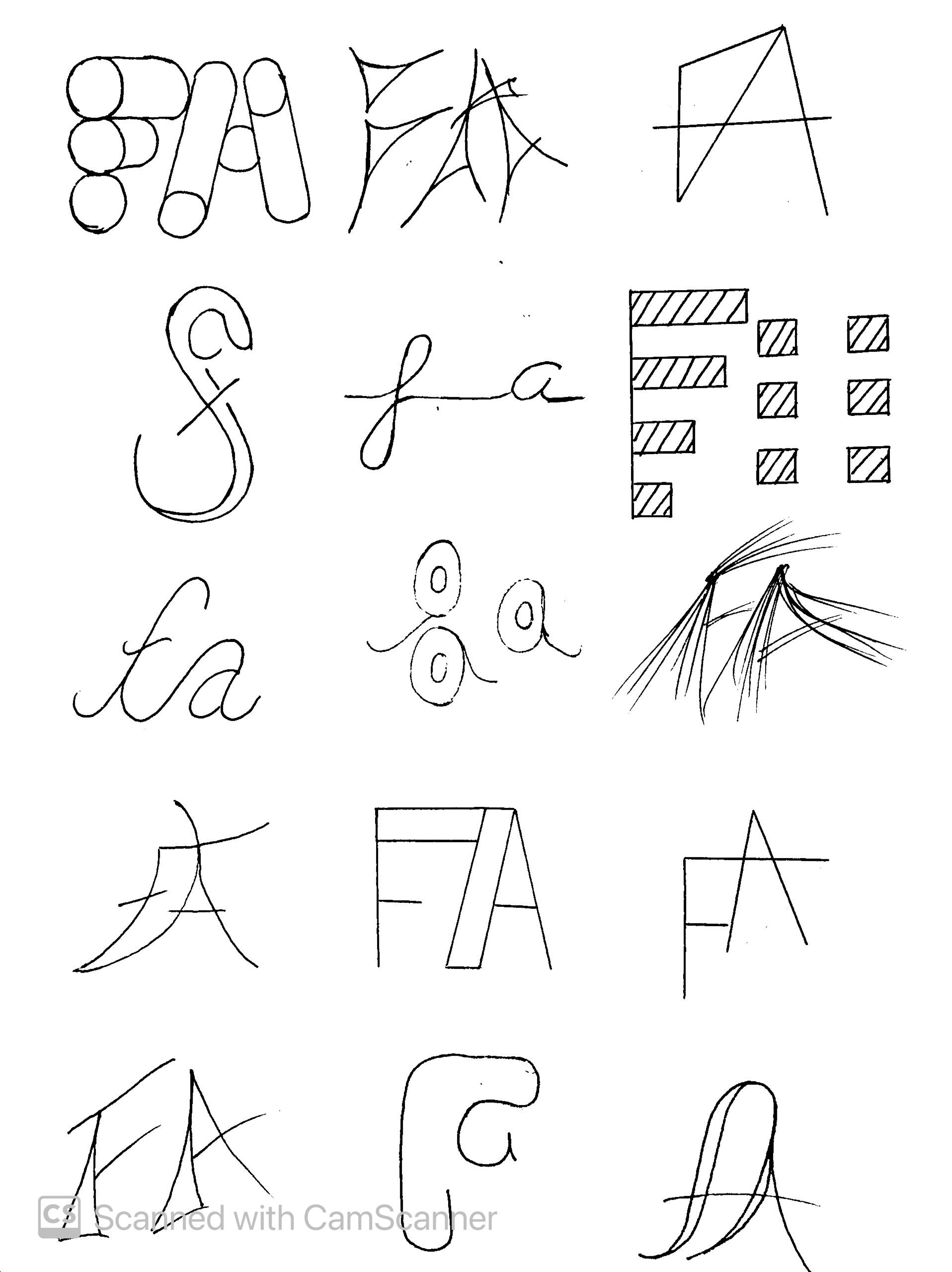 The most promising monogram design sketch was then selected and I went onto Illustrator and began the process of making it digital. 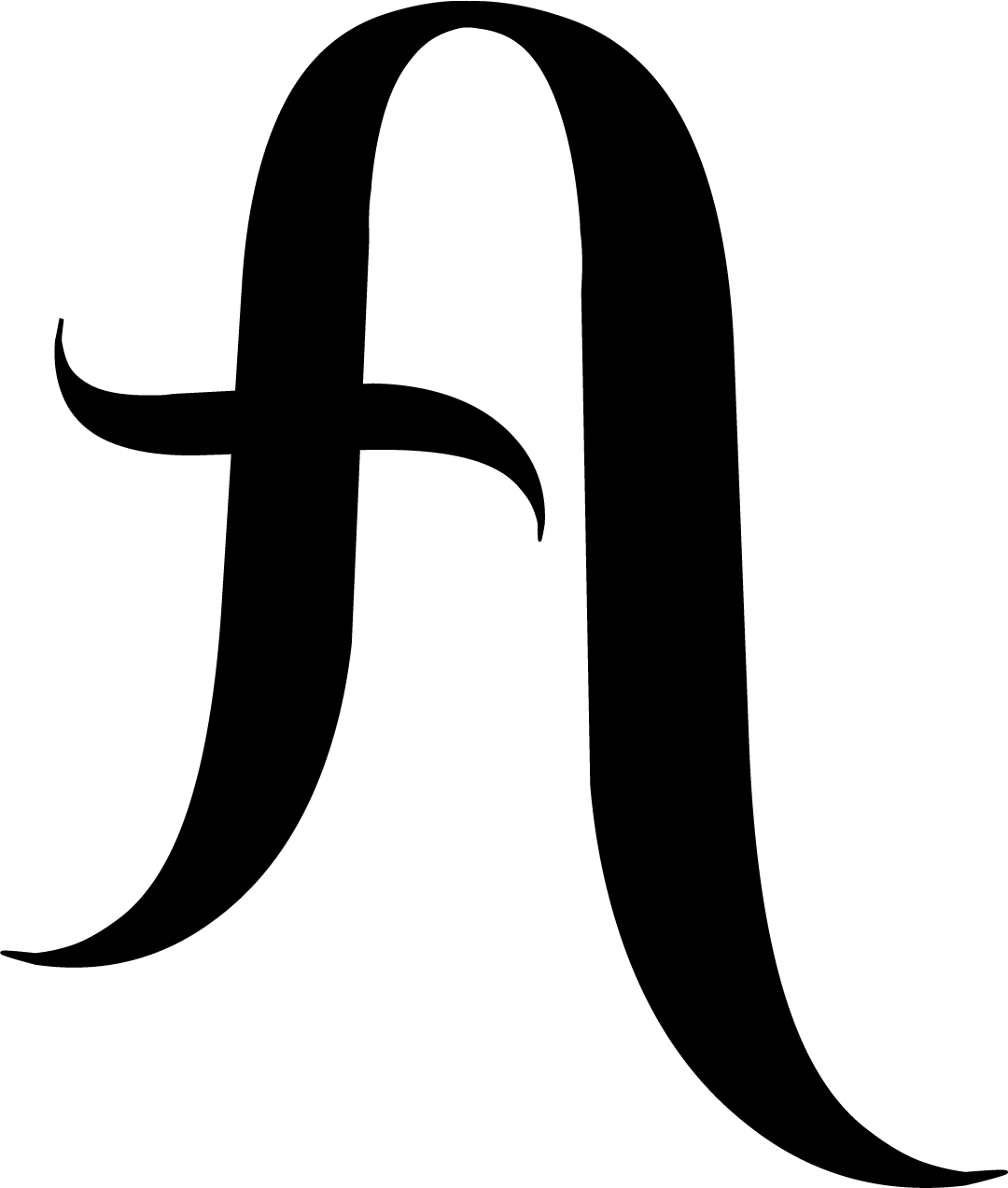 Once the monogram was out of the way it was time to consider the wordmark. I began by considering what typefaces felt most true to my brand. I did this by going on typeface websites such as Google Fonts and I sampled various typefaces in order to create a list of my favourite ones.

After compiling all the typefaces that I felt were good candidates it was time to make a final decision. This was done by pairing each typeface with my monogram to see what each option would be like. I ended up going with the typeface "Italiana" as I felt that it went the best with my brand and I liked how the typeface also used various stroke thicknesses as that is something that was prevalent in my monogram and therefor "Italiana" was the best choice for me 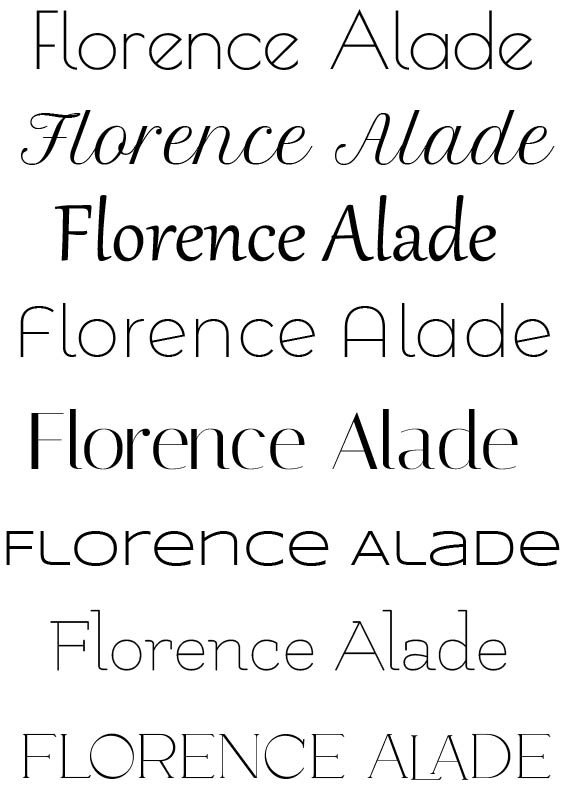 What's a brand without a brand colour.....? That is why colour consideration was next on my list. There was so many colour options to choose from so I decided to look deeper into what each colour would mean and represent for my brand. I attempted to take colour inspiration from anywhere and anything (as seen by the washi tape swashes on scanned sketchbook page). Eventually I settled on using the colour blue but the next thing to consider would be the shade/hue used. 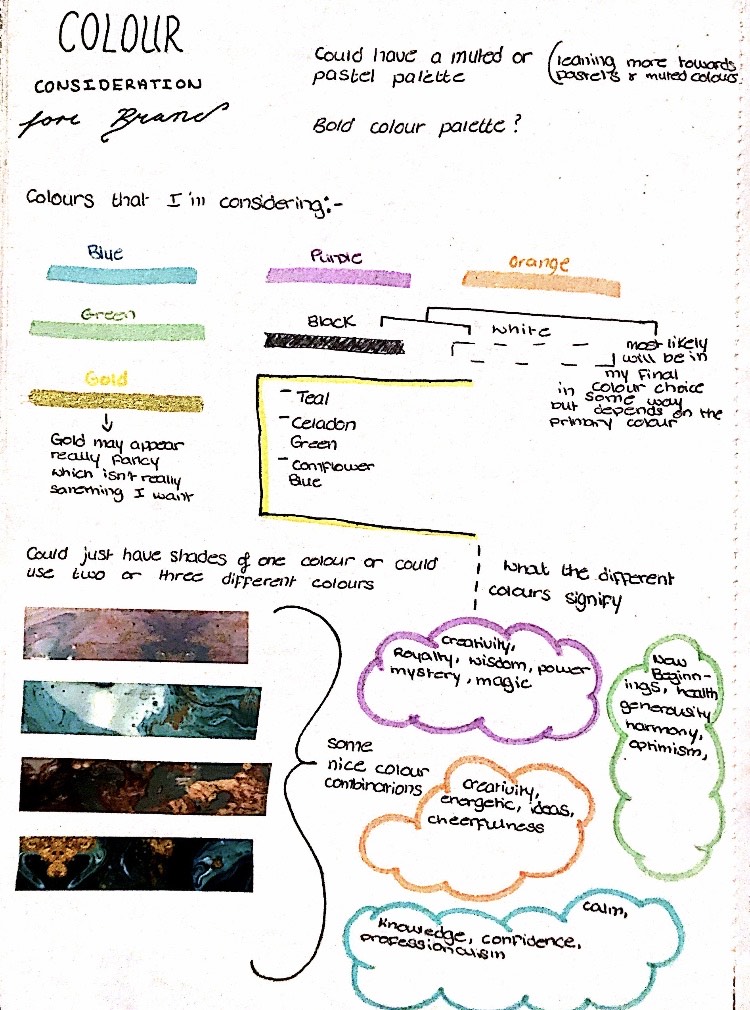 I started searching and experimenting with different shades of blue from cobalt to indigo to cerulean. I decided that the best way to decide which blue should be used would be to apply them all to my monogram and wordmark and compare them side by side. Which is exactly what I did next 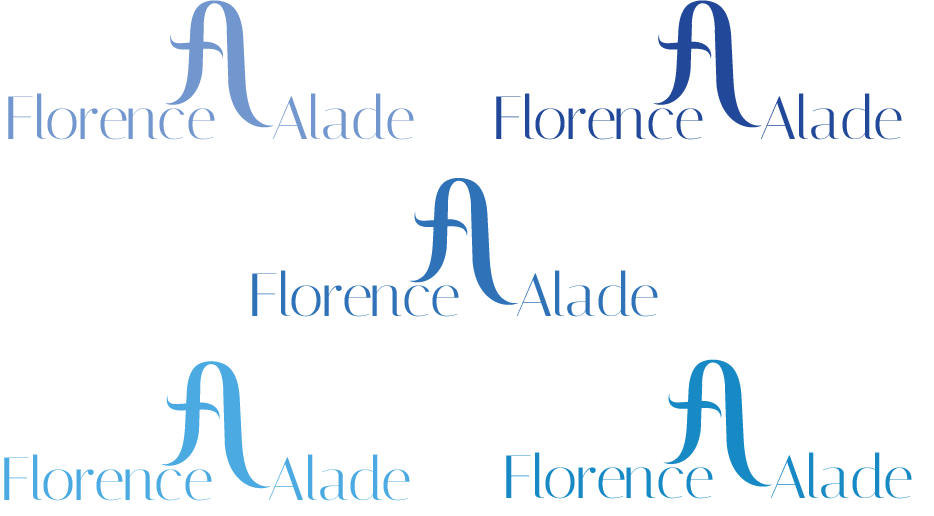 Out of all the different blues I noticed that there was a certain blue which I kept coming back to and that was cornflower blue.

Logo design was next on my list. A similar process to the one for my monogram design was used. I started by sketching different logo Ideas that I thought could be used 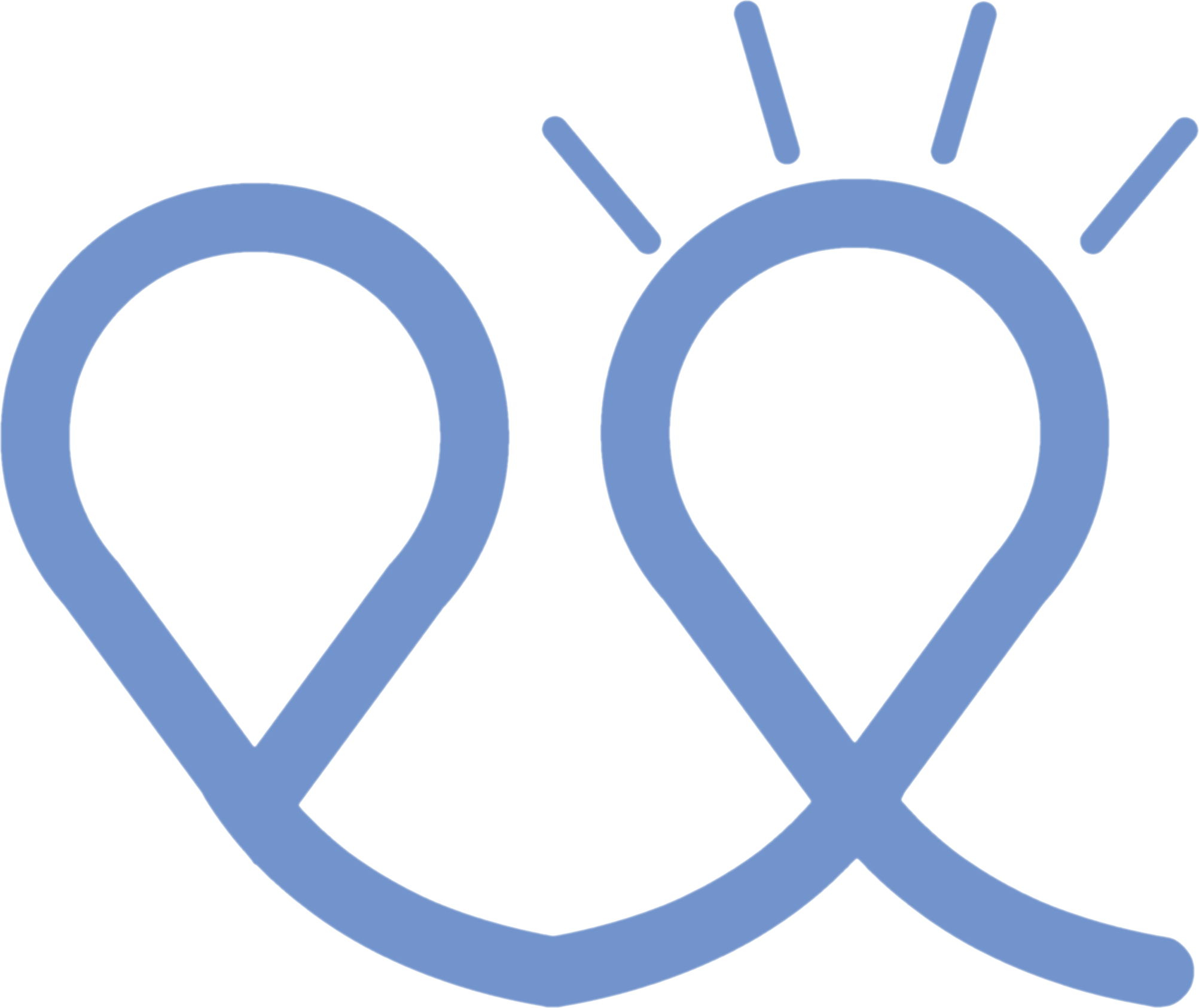 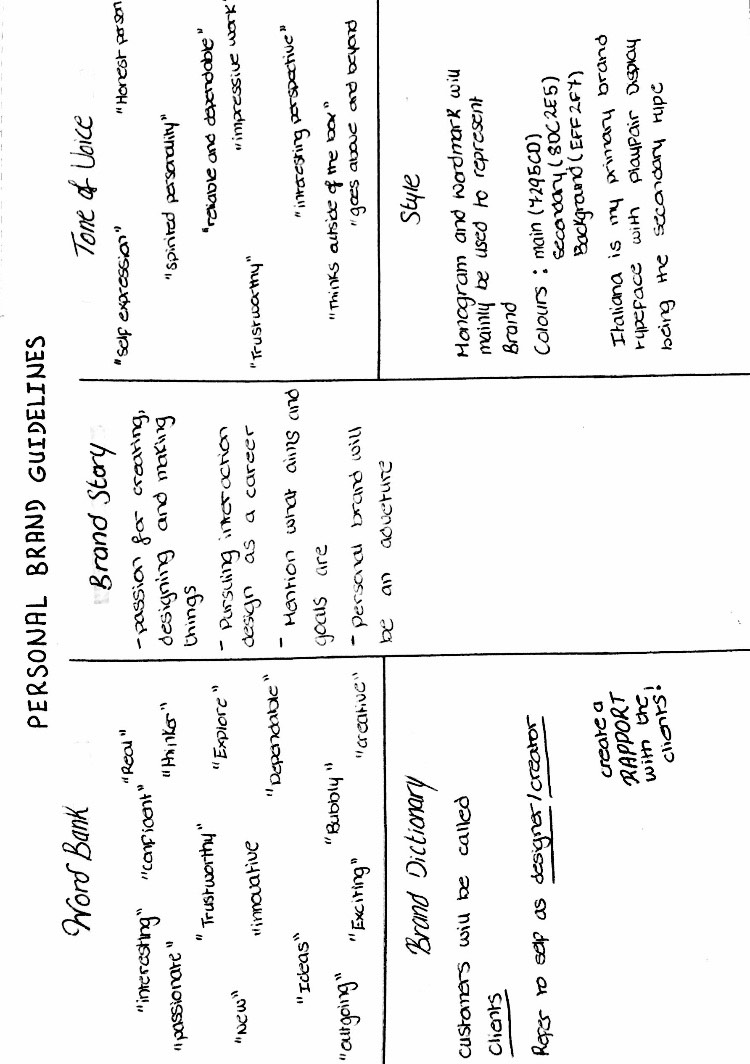 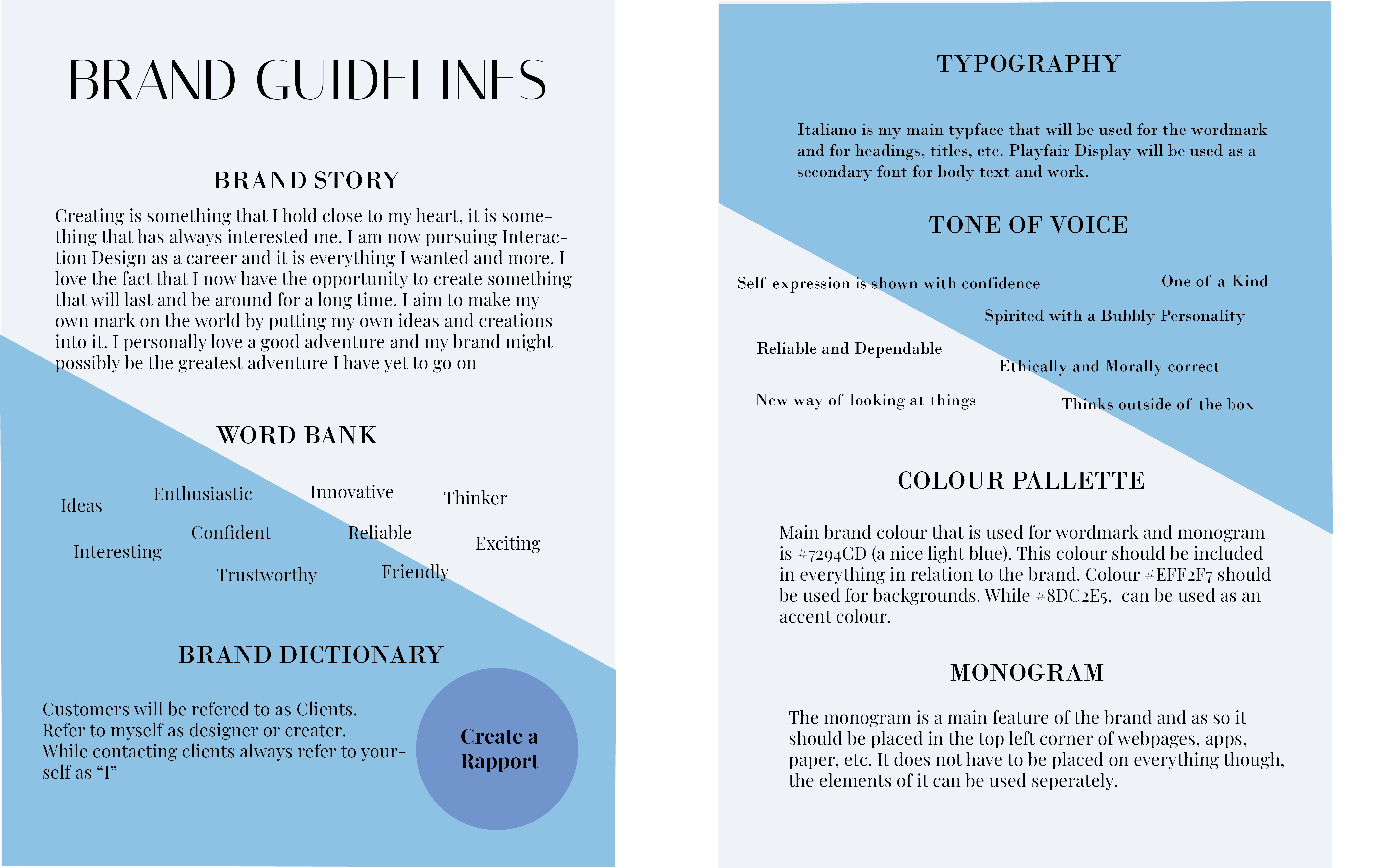 Personally I decided to create icons specifically for my brand, icons that could be used for both digital and physical touchpoints for my brand. Luckily I already had a bit of past experience with icon design from a past project. GI started by considering the different Icons that would be needed and possible designs for them. I also searched online for icon design inspiration in relation to branding. Once I was happy with everything that I had found I went onto illustrator and began creating my icons. 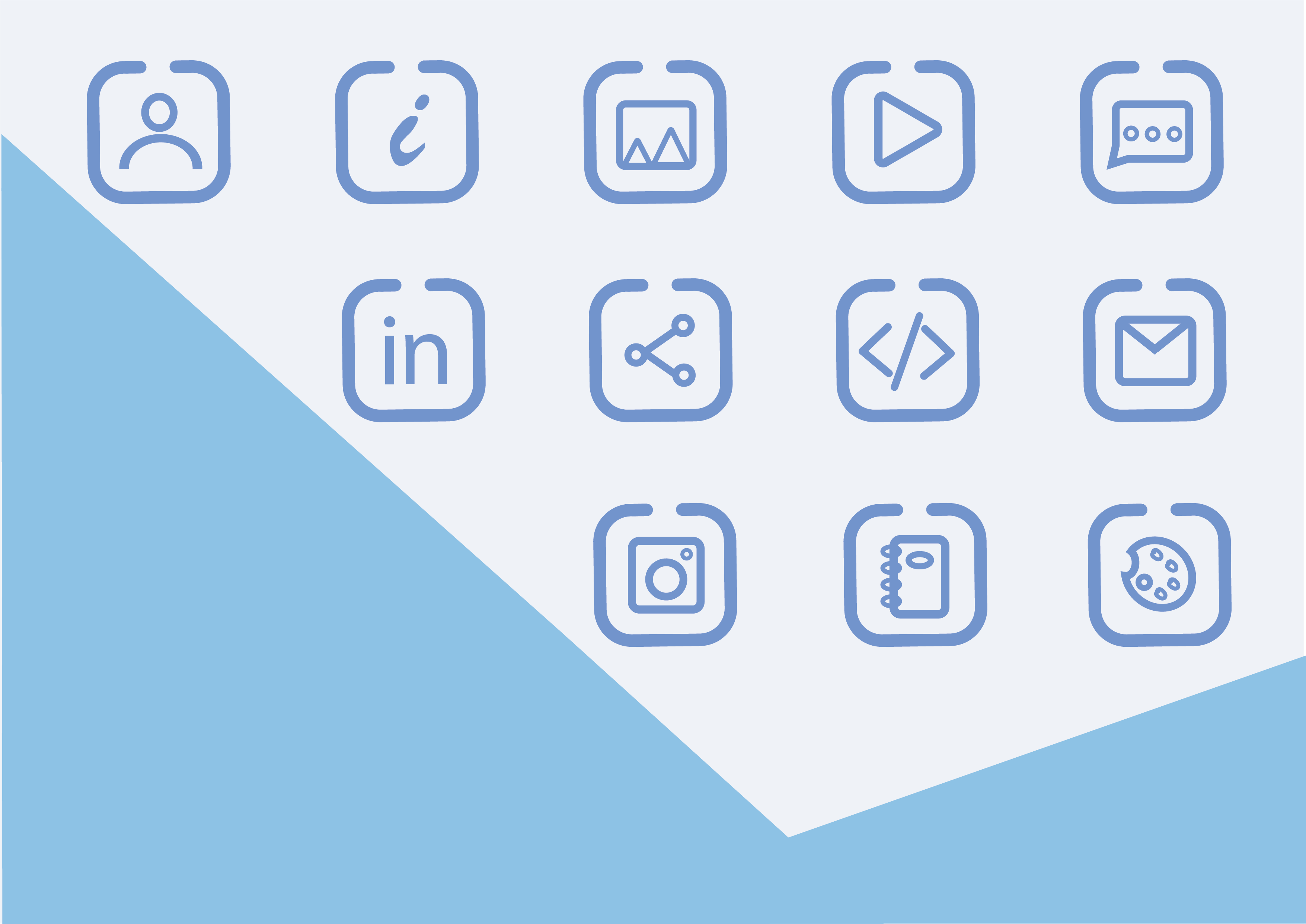 I also thought that it would be nice to add an animation to my brand and in order to add an extra element that could be used. I have not had many experience with animation in the past so I had to start from scratch. I began by selecting which animation software that I would use and ended up choosing After Effect. I then watched a range of after effects animation videos while trying to animate in order to get a sense of the different animation tools available to me and what needed to be done.

I decided to use the swoosh like stroke from my monogram as I felt it was a unique part of my monogram that could be used all over my brand and would be memorable.

Once I felt confident enough I then planned my own animation by creating a story board of that would happen. I created two story boards of what I felt were equally good animation options but in the end I decided to animate the second storyboard as it was suggested to me that it would flow better, which is something I agreed with. 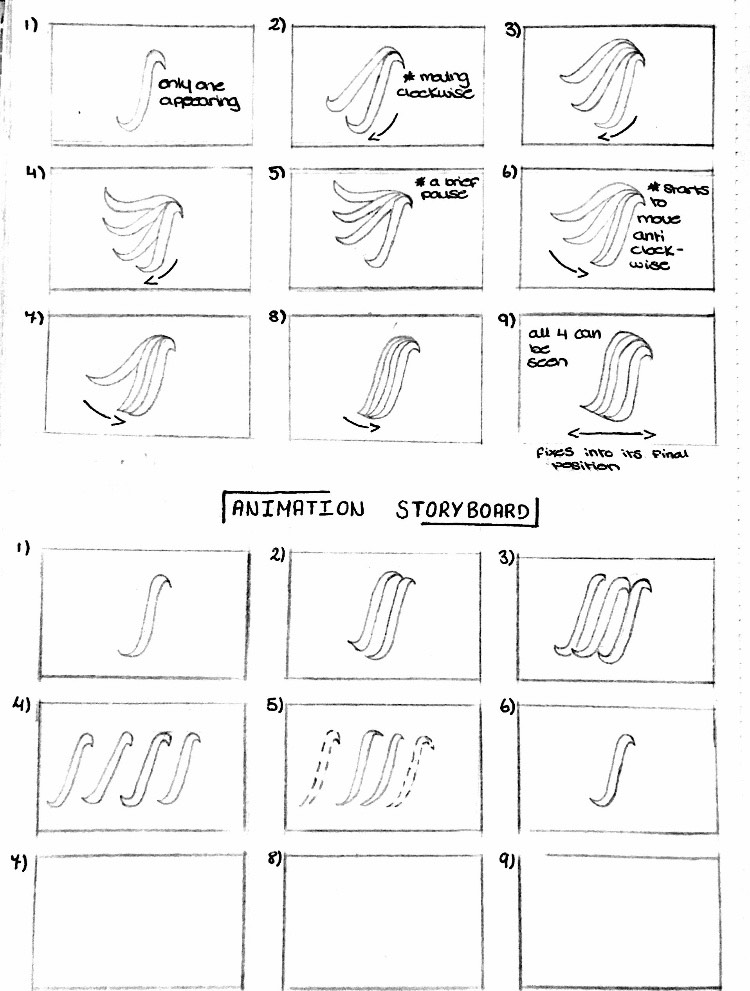 Another thing that I felt my brand needed was a touchpoint, I considered all of the different possible touchpoints that my brand could have such as mugs, stickers, pens, notebooks etc. In the end I decided to develop a physical notebook touchpoint as I know that I personally always need a notebook in to write and jot things down once they come to mind. I decided to use the swoosh like part of my monogram again as I feel like it is a very strong element of my brand design and can help accomplish a lot and pull everything together. 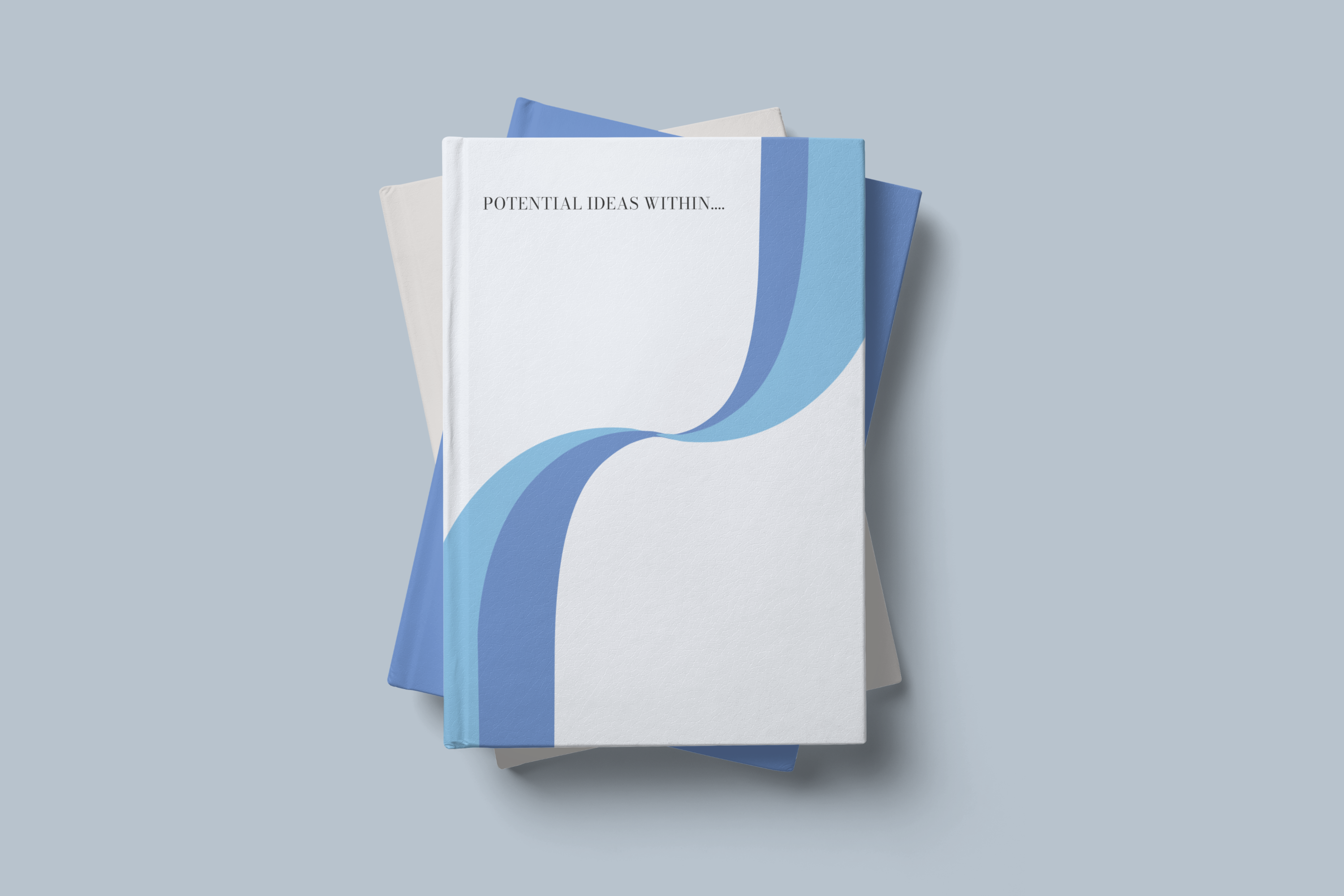 My final brand represented me and conveyed the message that I wanted to the world. A lot of edits and revisions were needed in order to get the final product of my whole brand but that was something that I learned to expect as branding can always change as the business/company/ person changes. This project allowed me to learn and try things that I had not done before 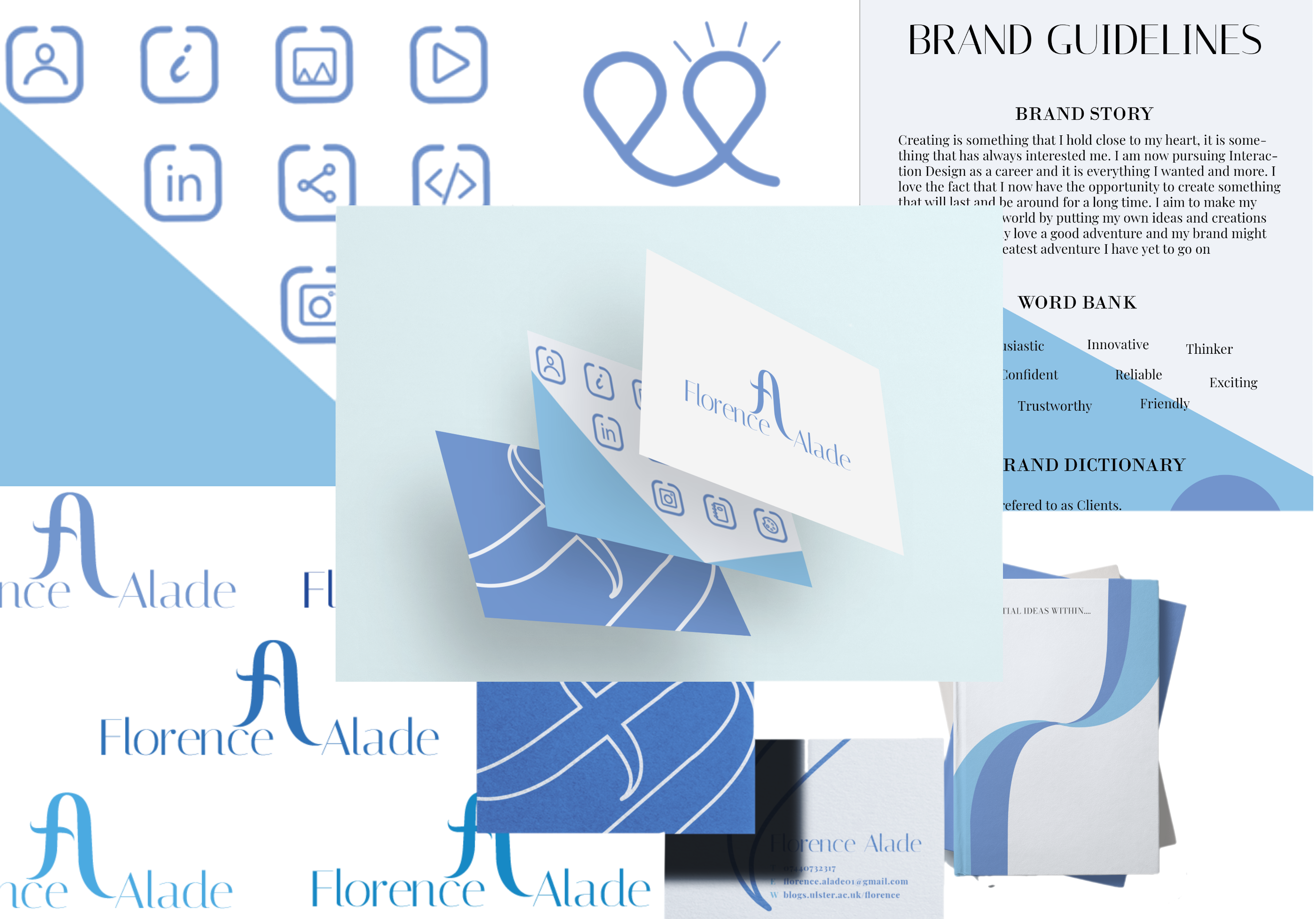