A travel app was needed so that travellers could view different places that they want to go and view the different wonders and sights that there is to offer. During this design project I was the only contributor but feedback from others was used in order to be improved on. Illustrator was the main resource used for this project.

I began by choosing a name for my travel app. I felt that this was very important as it would be what would help set the tone for my travel app and would give me a sense of direction to take it. I started by searching for different names and synonyms for travel. I also tried merging some of the names together but in the end the name that stood out was Traverse. 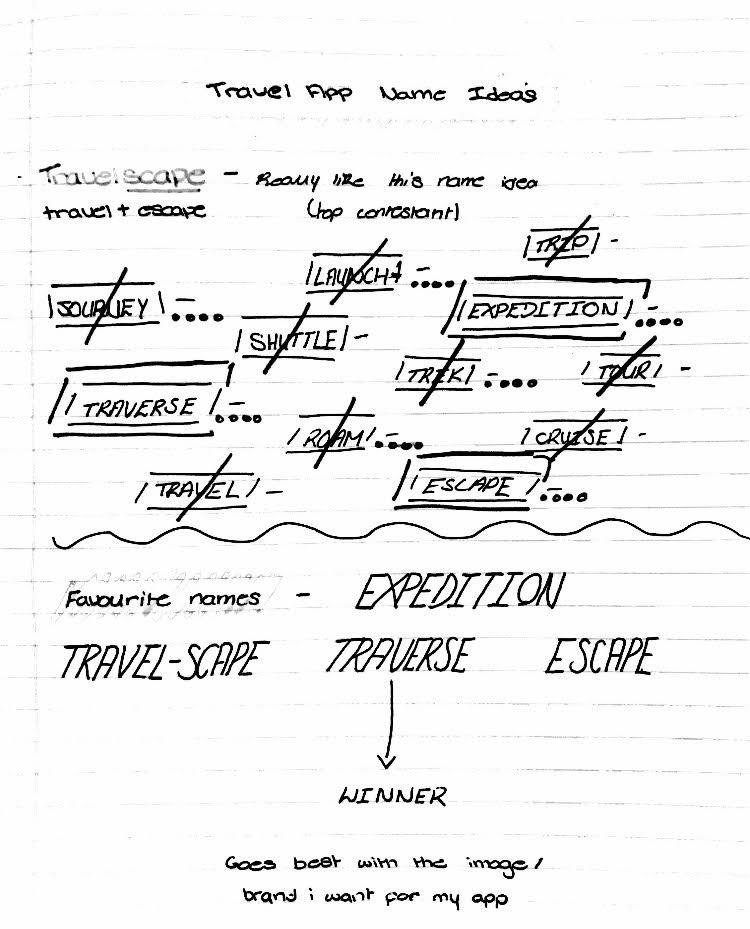 This is when I began considering the different elements that go into a travel app and decided to create a mind map in order to keep track. While creating the mind map I put myself in the shoes of the traveller and thought about everything that they would be considering in relation to travel and what they would want a travel app to be able to do for them. Mind mapping the different elements meant that it could be used as a guideline as to what my travel app needs. 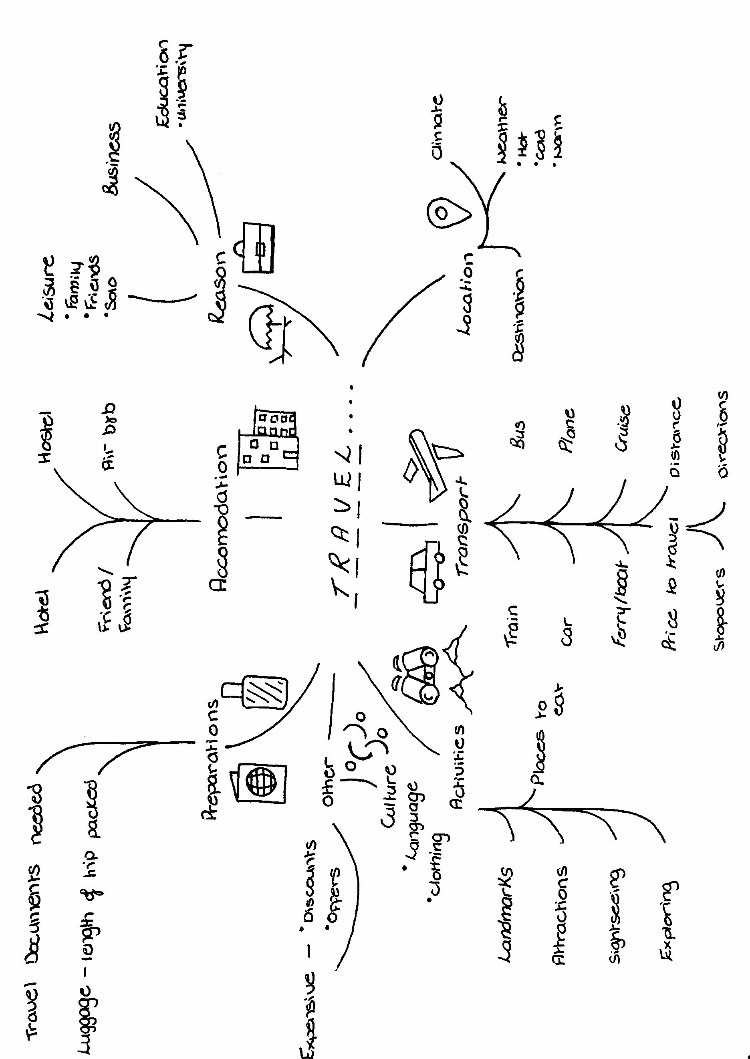 Later I began considering the different elements that could possibly be within my travel app, using the mind map I selected the ones that I thought were the most important as that would be what I would use for the different categories for my travel app. I also began to consider the icons that may be needed and the icon design that could be used. In research for my icon design I created a Pinterest board full of different types of icon design for inspiration.

The next thing to consider was the imagery. While considering my imagery I decided to sketch out a few ideas for inspiration of what images I should create.  Since my travel app was all about travelling all over the world to see the sights and wonders I decided to have my background image to be of mountains, trees and lakes which would help balance out the city elements such as the Eiffel tower and the pyramids.

With an idea in mind I then went into Illustrator and began creating it. 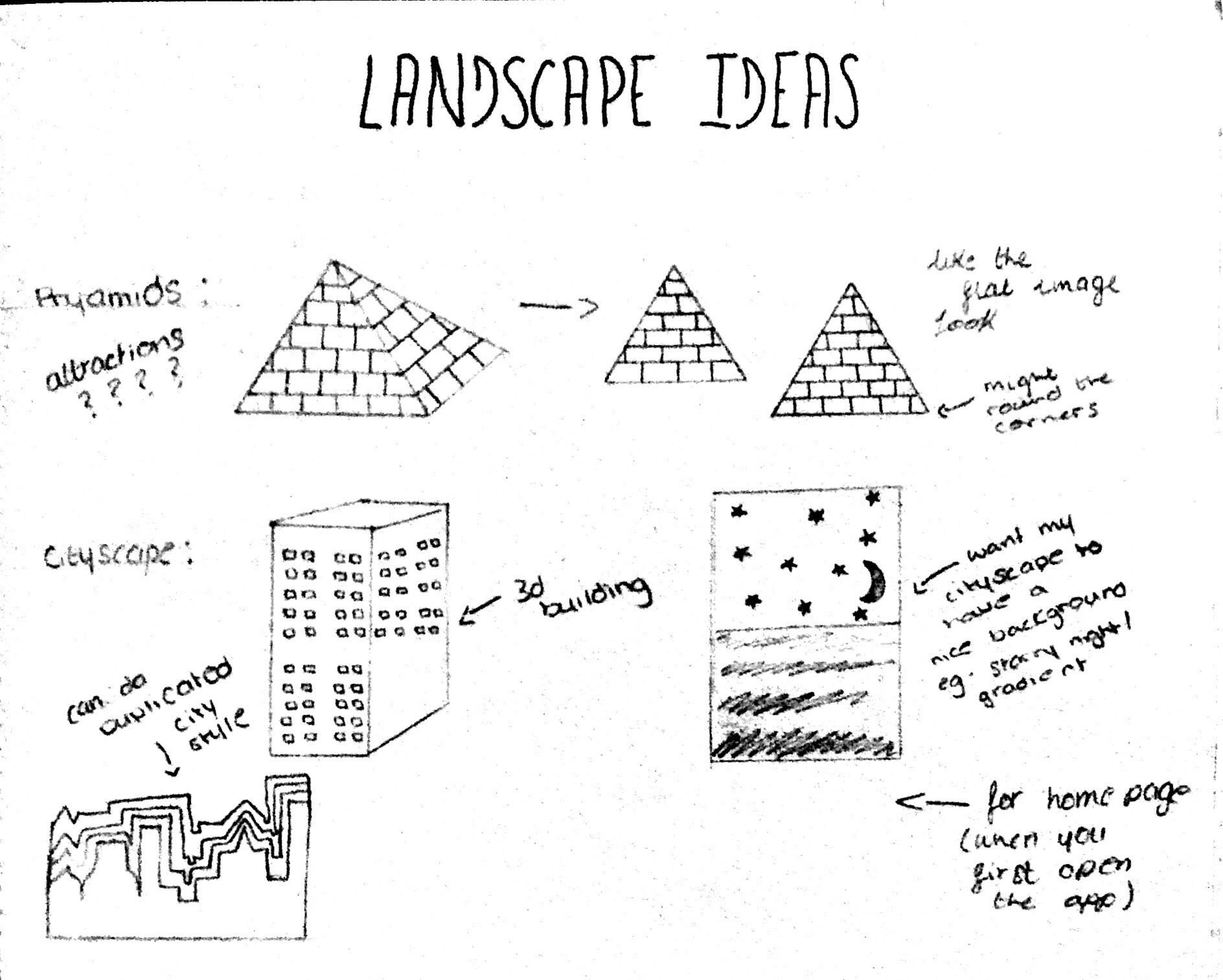 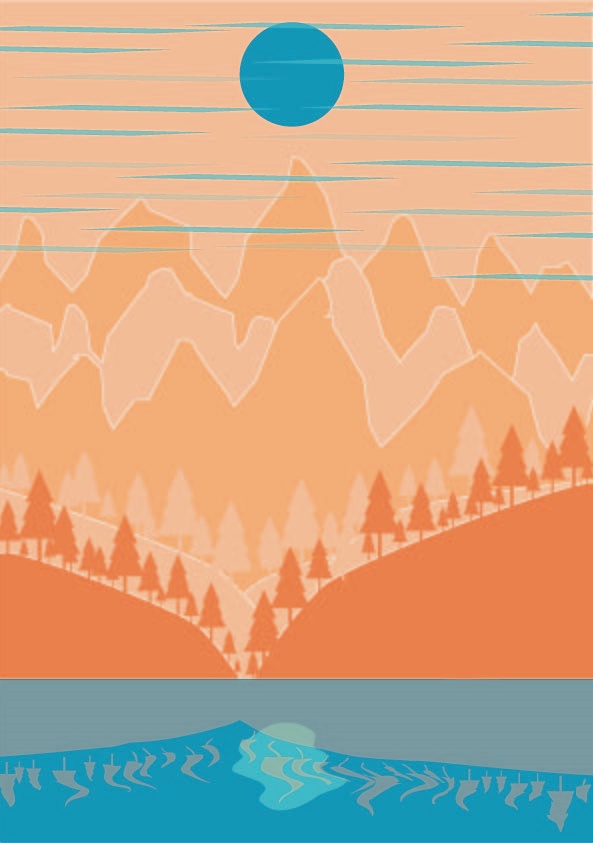 This is when I created the wireframes as they would be a good visual representation of my app and of how it would be visually laid out. Afterwards I began to consider what the travel app may look like and where each of the different elements could possibly go, what colours that would be used etc. 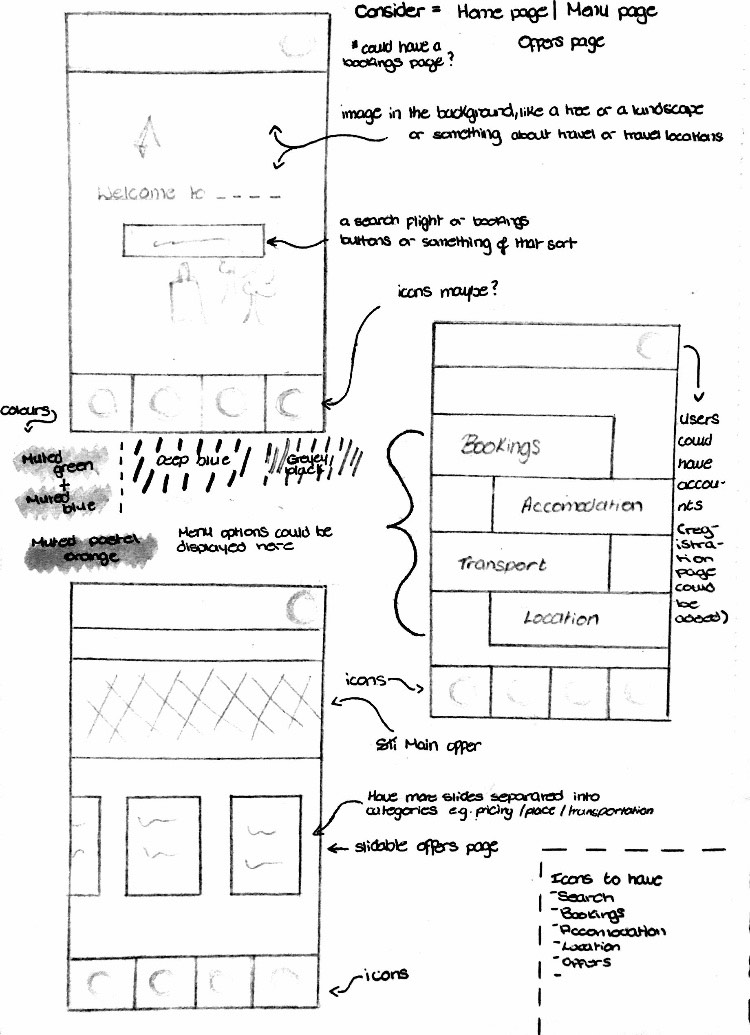 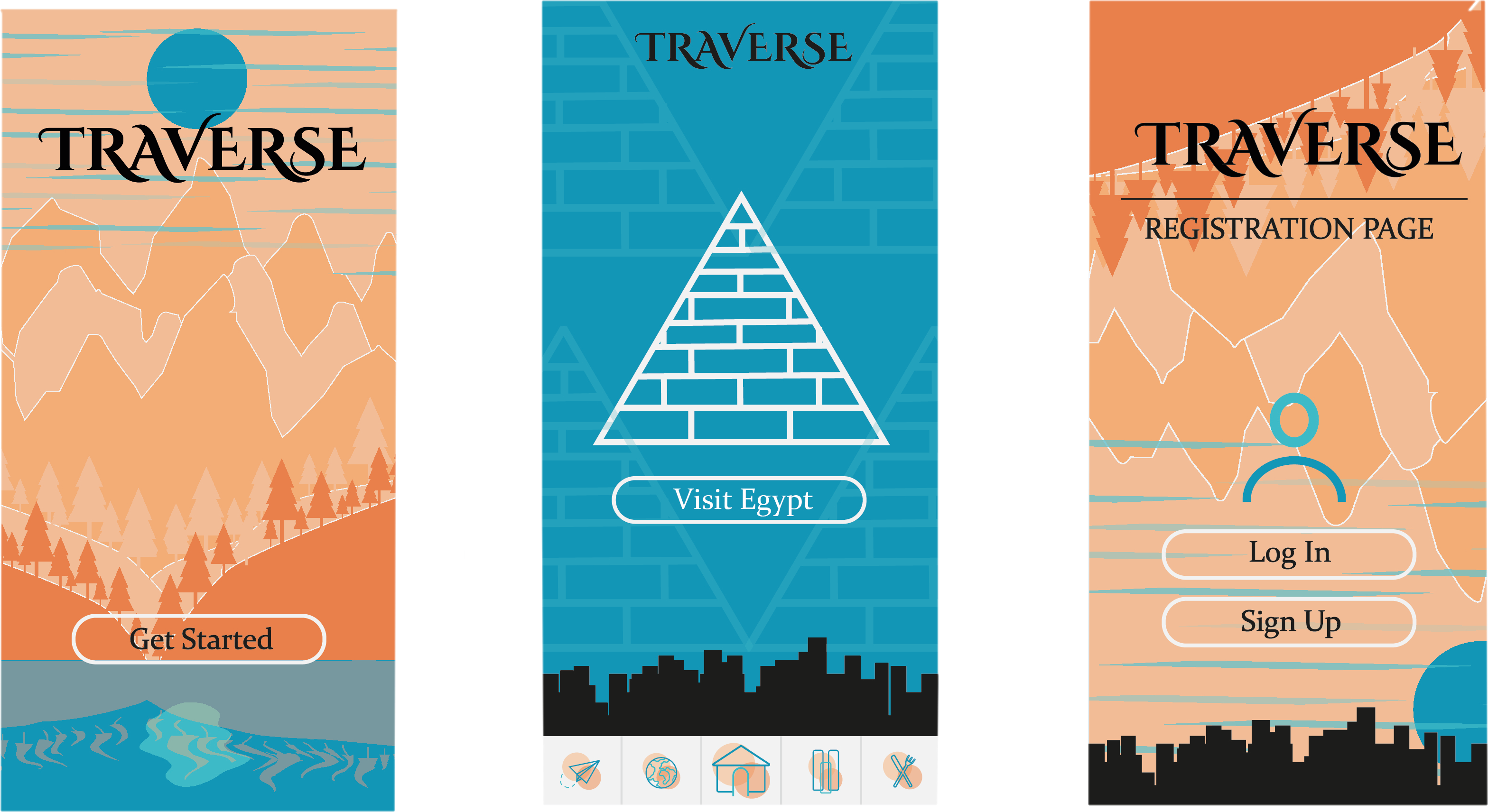 Using the advice that I was given I then went on to add the changes to my previous three screens and include some extra screens. I decided that I wanted to redo my main background image as I felt that even though the jaggedness of the mountain adds something to the piece it would appear much cleaner with straight lines. The cloud puff was also removed as it was beginning to feel unnecessary. I decided to make the moon be a bigger part of the piece as I like how the colour contrasted with the orange of the mountains. 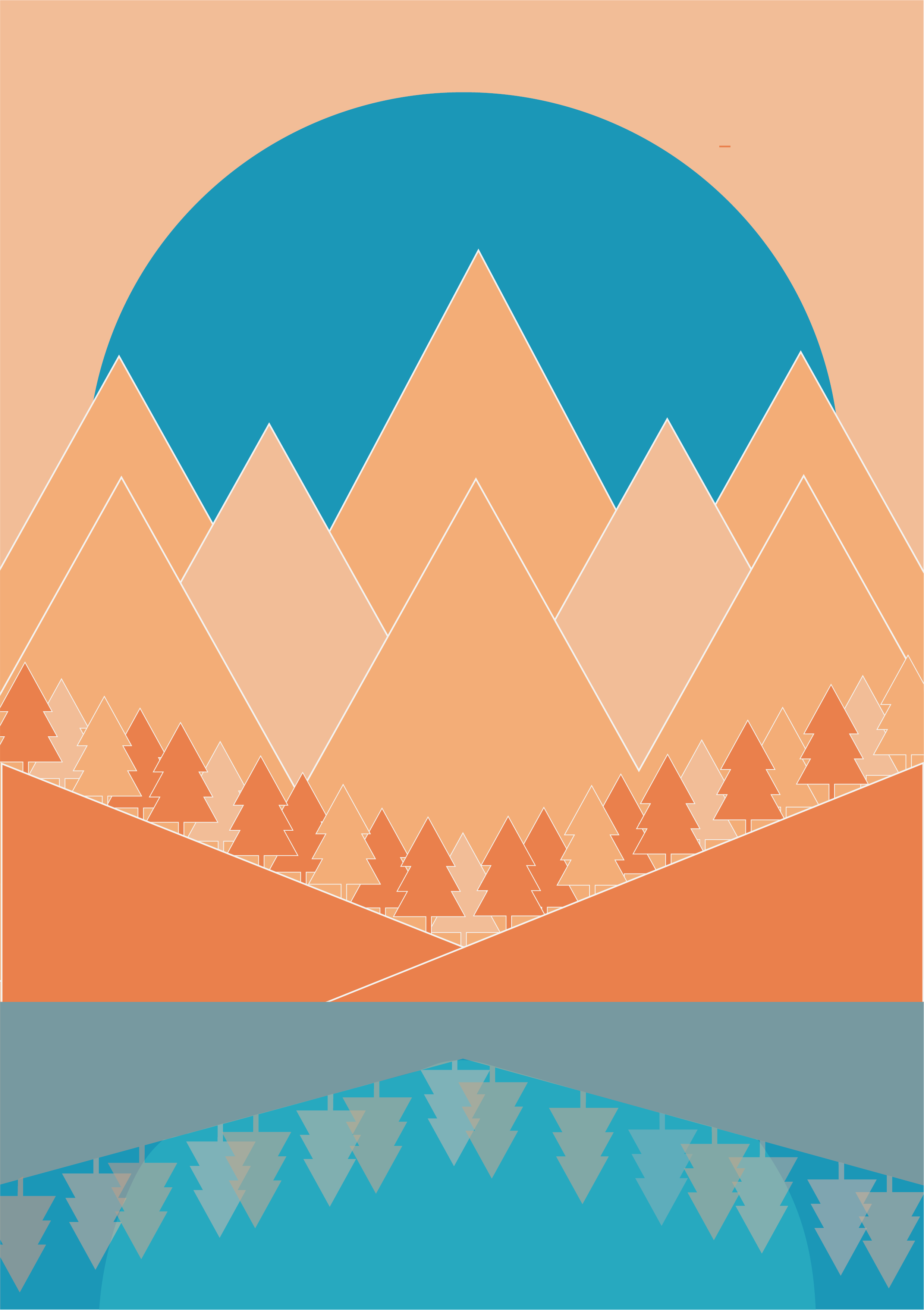 After all the revisions, feedbacks and edits that had been made in regards to my travel app this was my finished product 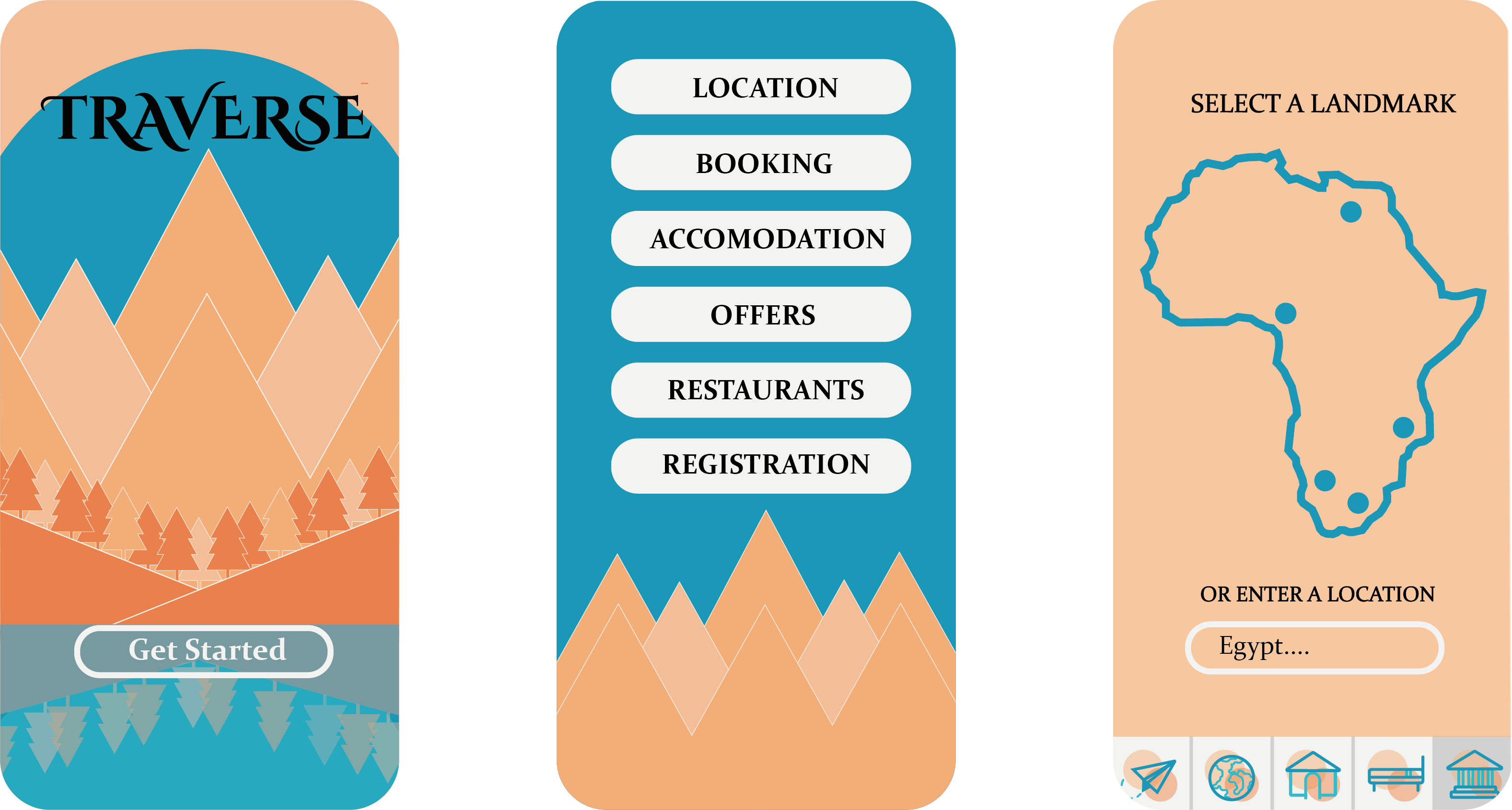 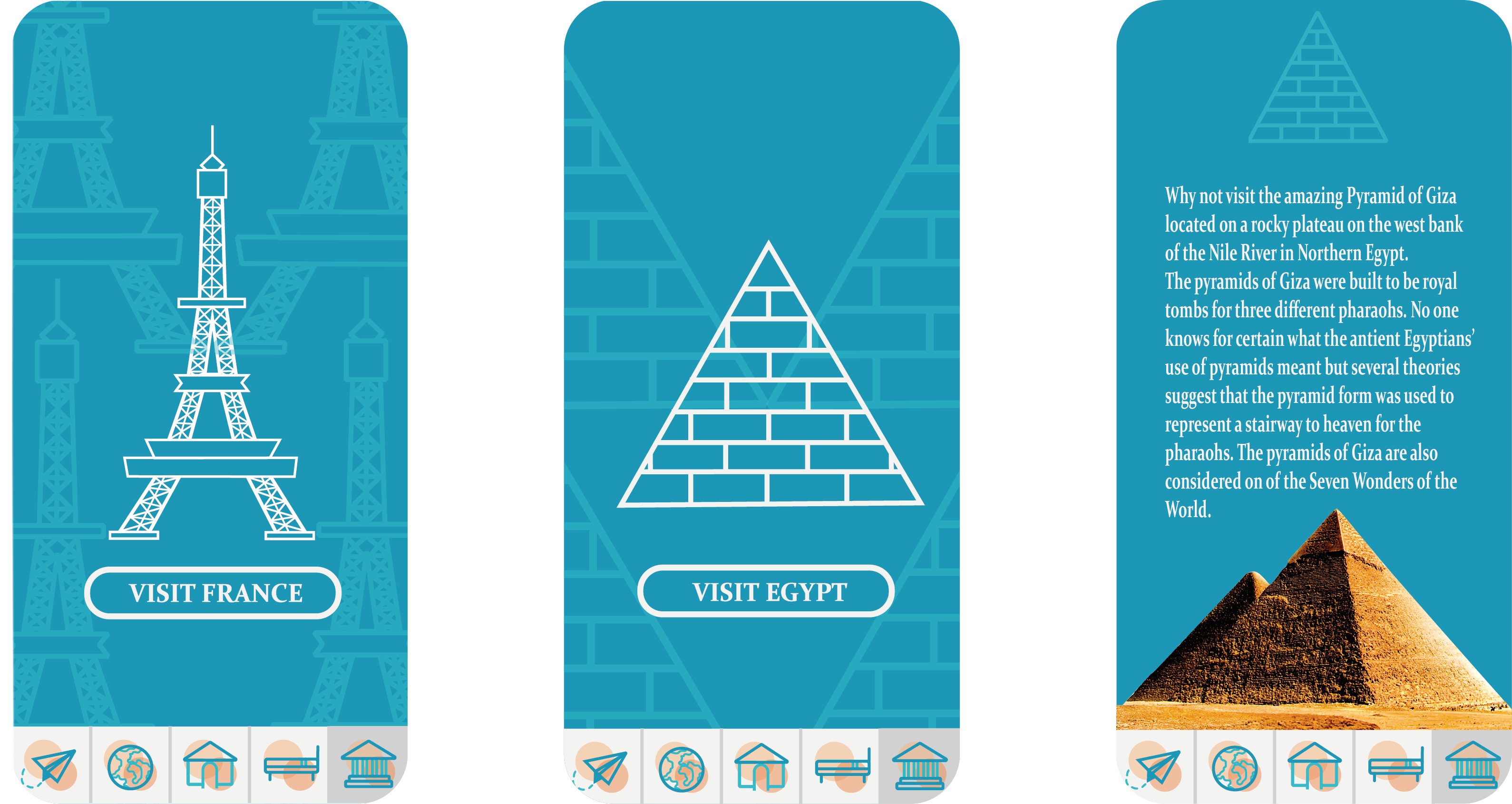